It can be tough to find outdoor games that are truly fun for both children and adults.  Here are three of our family favorites….  Croquet, Bocce, and Cornhole.  My brother and his wife always have these games set up when they have parties at their home.  So fun!

I grew up playing Croquet in the backyard of the home I grew up in.  It was a favorite to play when friends came over.  The beauty of this game is that you don’t outgrow it when you become an adult… it simply becomes more competitive!  How to play?  First, you need to purchase a set (mallets, balls, and wickets), and the game must be played on a lawn.  There are several variation of play, but when playing with kids, check out “Nine Wicket Rules”, otherwise known as “Backyard Play” (Rules of Backyard Play).  Or do what we used to do as kids and simply set up the wickets (hoops) anywhere and hit the balls through the hoops with the mallet.  Interested in the official rules of the game?  You’ll find them here… Croquet Rules and Regulations. 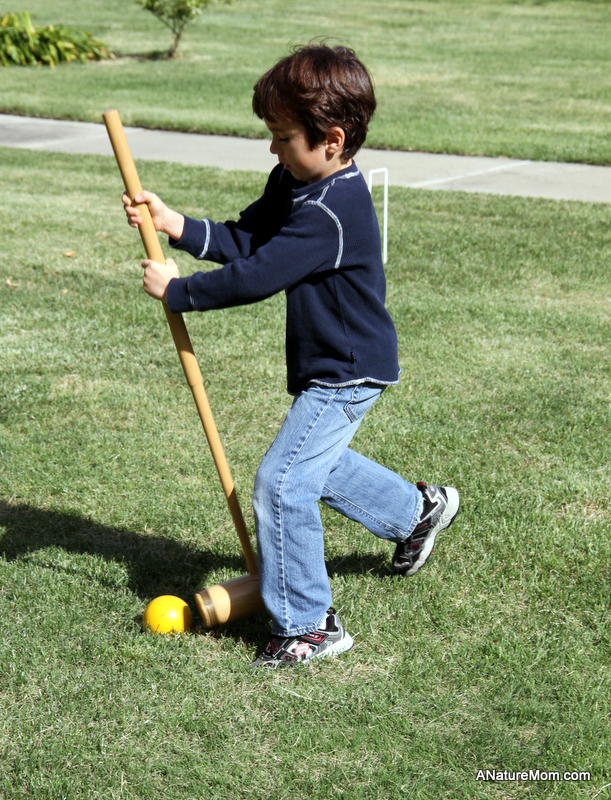 Bocce (also known as Bocci or Boccie) is a game I discovered as an adult, but one I would have loved to have played as a child.  It’s simply to play in any yard with a lawn or area with packed dirt.  It’s an extremely simple game at one level, but played with official rules, can be a fun challenge for adults.  Again, you’ll need to purchase a set (consisting of eight bocce balls and one smaller ball, called a pallina or a jack).  Click here to learn the “basic” rules of Bocce… The Basic Rules of Bocce.    For official tournament rules, click here… Rules of Bocce.

I’m sure most people think of Cornhole (perhaps better known simply as Bean Bag Toss) as a game just for kids.  But if you’re an adult, try it!  It’s surprisingly fun!  Again, you’ll need to purchase a set, and there are many different versions on the market.  It can be played with kids by simply trying to throw the bean bags into the holes in the board to see who can get the most in the hole.  For adults who’d like more of a challenge, check out these two versions of the game… Bag Toss – How to Play.  If you’re interested in the Cornhole tournament rules and regulations, check this page out… American Cornhole Official Rules. 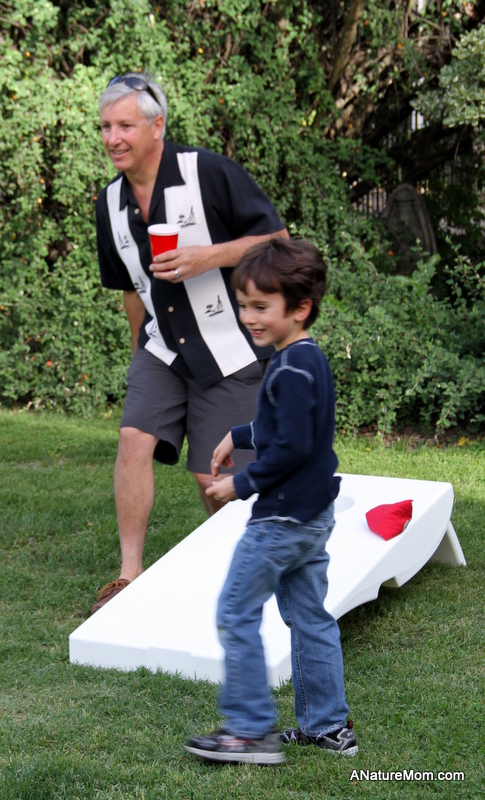